Welcome!
Close
Would you like to make this site your homepage? It's fast and easy...
Yes, Please make this my home page!
No Thanks
Don't show this to me again.
Close
Forlorn Hope PBEM

Humans don’t learn from their history. Damn shame, really; a decent history professor could have predicted what would happen when Earth-That-Was went to hell. The initial settlers of any new land get the best plots, get settled in and dislike the thought of new settlers, especially when there’s a few billion of them. The Core Worlds didn’t want to be swamped with people crazy enough to destroy their own system, so they terraformed hundreds of planets and moons, just enough to keep the settlers alive. The Rim Worlds were barely self-supporting at first, but they grew to have a good bit of economic power. The next problem was that the Core saw the Rim only as producers of raw materials and consumers of Core goods. Things got bad and the Core came up with the Alliance. The Rim worlds weren’t interested and a war broke out, humanity’s first interstellar war. Some worlds were untouched and some devastated. The Core was richer and had the factories and conscripts. They won.

After the defeat on Hera, most everyone surrendered. A few holdouts, mostly stubborn fools, kept resisting until they ran out of bullets or food. I was one of the most stubborn and was thrown in prison for continuing to fight after Unification-Day. They finally let me out and I made my way to the Aurora system. It’s a big system with a few dozen worlds, mainly farm worlds. There’s only one Alliance base and you can live pretty free, if not safe. I’m Hadrian Marcus, captain of the ‘Forlorn Hope’. It’s an old Firefly, not much to look at, but it keeps us moving. The ‘Forlorn Hope’ will do some legit hauling but also a good bit of not-quite-legal work. Smuggling gets things to those that can use them at a price they can afford. Some settlements aren’t exactly broadcasting their presence to the Alliance. Sometimes the Alliance is holding back what the people need to survive or grow and we pick it up for them. We might even go after a bounty or two, as long as it’s for a real crime, not for sneezing on a Purplebelly. We have people that can use a gun, a pilot that's a hamster-wrangler (don't ask) and a bona fide sawbones on board; people are more likely to give you a good deal if you cure their kid’s cough. We’re not rich, but that doesn’t matter as long as we’re in the sky, as free as we’re able. Got to keep hope alive.

Forlorn Hope is a game set in the Firefly universe in the Auroran system. The game will be pretty faithful to the series and fan fiction without ever running into Serenity. Space is big, folks. ;-) The Men With Blue Hands won’t be showing up, nor will any special powers. There’s no spit and polish in this game and you won’t ever see a Borg. Except in the GM’s nightmares. There’s going to be a lot of witty (or wiseass) remarks and asides in the game and hopefully a lot of fun, too. Extra points if your posts make us laugh out loud. NO MIMES- isn’t funny now and won’t be funny in five centuries. We’ve got a core of good gamers that have played together for a while and want to add some new favorites to the group. There’s no politics between players and we don’t abide poor behavior. Right now, we are looking for a mechanic, someone to cook and be all colorful and maybe some other types, too (traders, Shepherds, Companions, whatever). Email me with character ideas and questions. 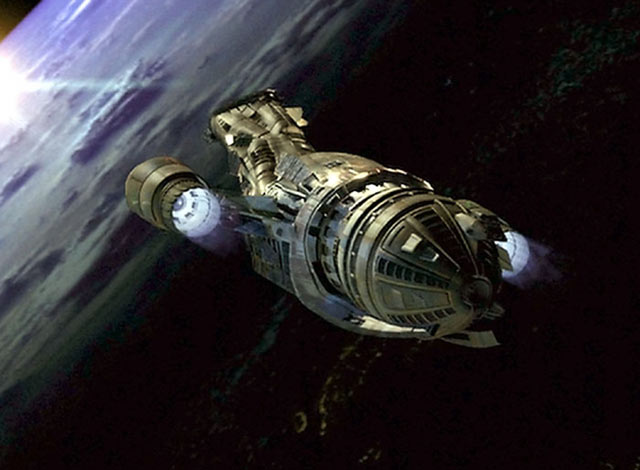 Crew of the Forlorn Hope